This old ticket that I dug out is a little bit worse for wear. It was Ritchie Hawtin doing a live gig and I do remember going to this one! I think it was about the the time he’d done his first two albums as plastikman and was doing the rounds with the 909s decks and efx thing I believe. Might be wrong though of course.

Planet K was in the Northern Quarter, on Oldham St. I managed to find a pic of the outside of the club on the web, this is not my pic so thanks to whoever took it. 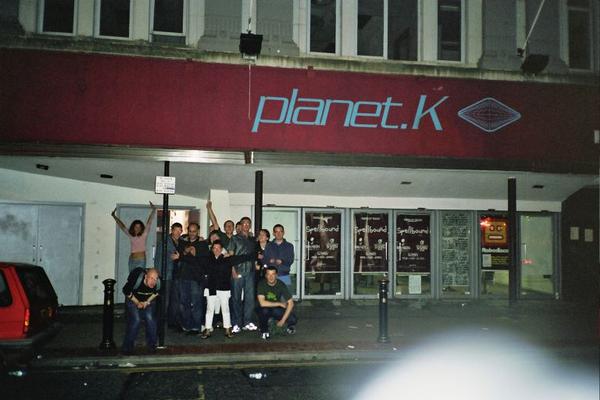